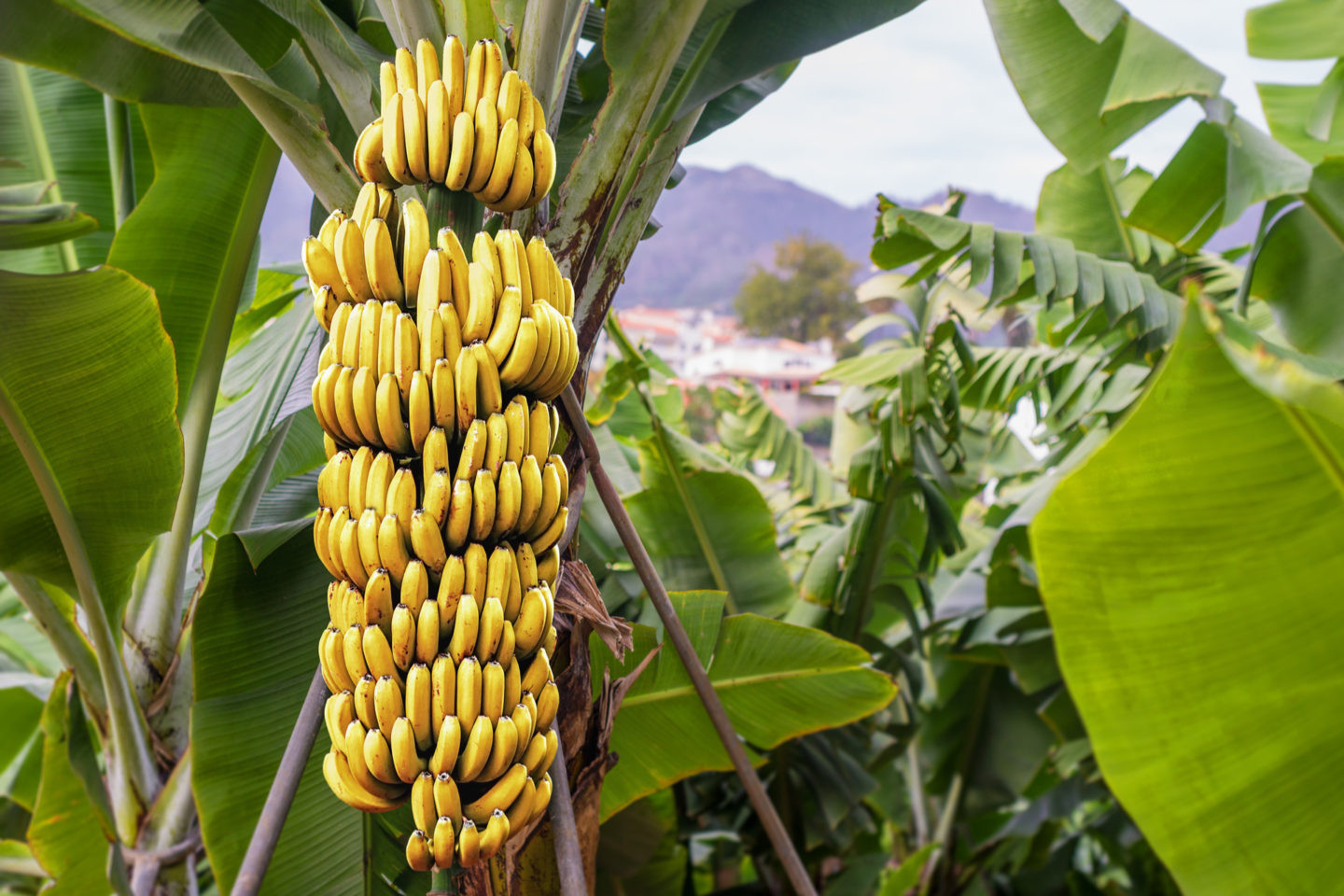 How do bananas grow and end up in the store? In Ecuador, the world’s largest exporter of bananas, it takes 9 months for the bananas to fully grow. The entire time, they are covered in plastic bags for protection. After cutting the bananas, they are put into the packaging facility, where bananas are inspected, chopped, cleaned and boxed for export.

Grown in tropical and subtropical areas around the world, bananas are botanically classified as a berry. The word banana stems from the Arabic word “banan,” meaning finger.

Bananas are the world’s most consumed fruit and 85% are produced for domestic consumption. Annual fruit production of bananas are 114 million metric tons.

Green bananas need to be ripened. This takes about 72-96 hours. In this process, humid air and a harmless ripening gas called ethylene are pumped in the bananas.

Bananas might go extinct- again! In 1965, the fruit was declared commercially extinct due to the Panama disease that started out from Central America and quickly spread to most of the world's commercial banana plantations, leaving no other choice but to burn them down. This year’s August, the Colombian agriculture and livestock authority (ICA) declared a national state of emergency after the disease was identified at several banana farms on the country's coastal region.