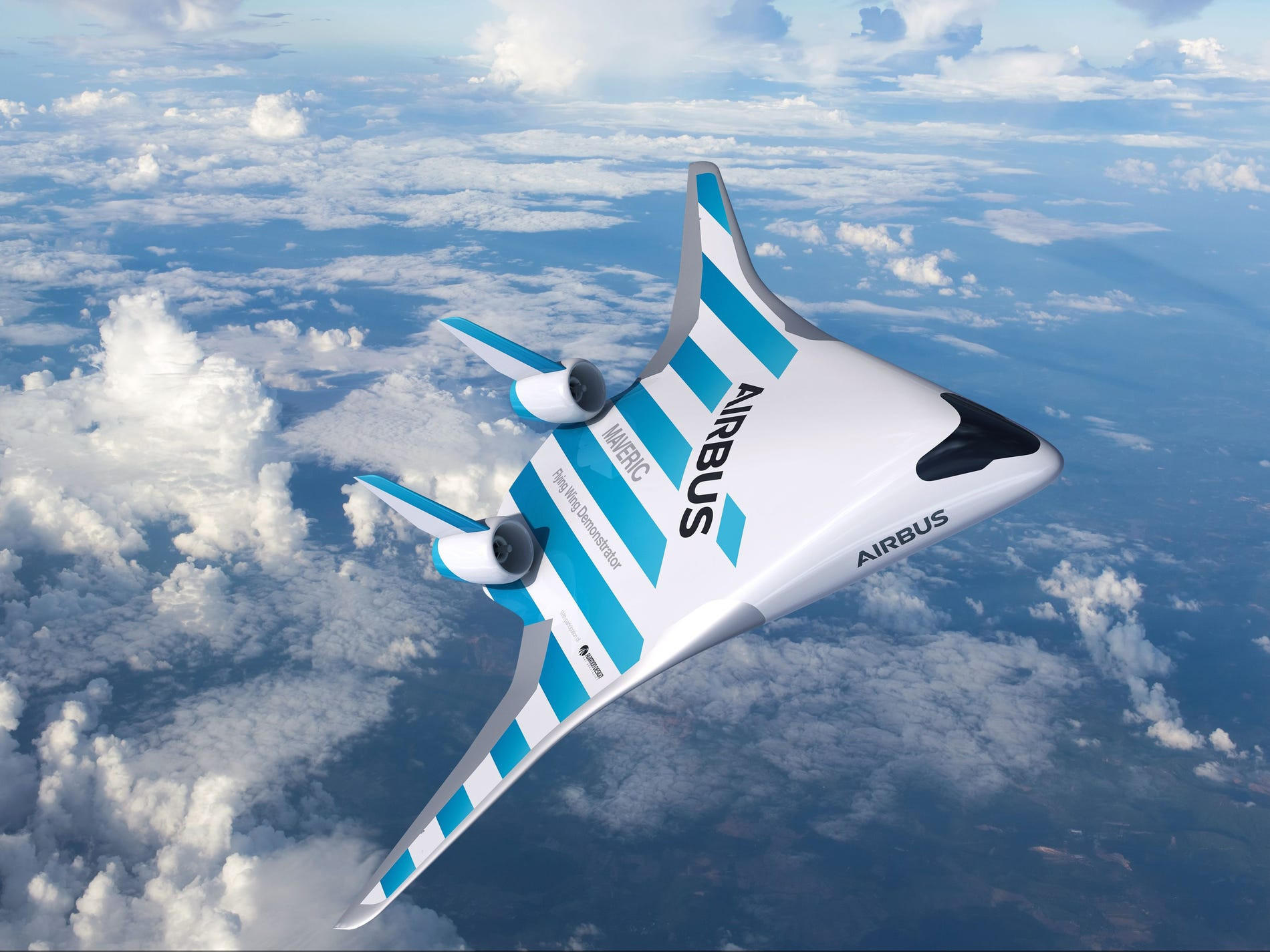 Airbus Unveils a Plane with One Giant Wing

Airbus Unveils a Plane with One Giant Wing

The European aircraft manufacturer Airbus has unveiled a model of what it believes may be the future of passenger-aircraft designs. It features a blended-wing structure that largely merges the fuselage and wing to give the appearance of one large wing.

The ‘Maverick’ is in the initial stages of development and looks like something out of a science fiction movie. Airbus quietly launched the project in 2017 and began tests on a small remote-controlled model in 2019.

According to Airbus, the design would have the potential to lower fuel consumption by 20% compared with other aircraft designs, with the blended wing likely allowing for smoother airflow over the aircraft.