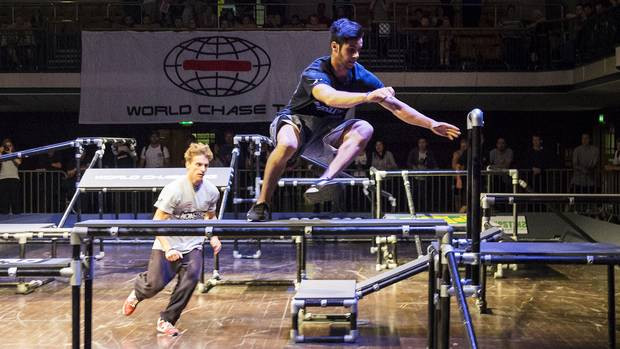 World Chase Tag is the first and only global league for professional, competitive tag, which has revamped the popular children's game with some exciting innovations.

Created in 2011 by brothers Christian and Damien Devaux, the league has traveled all over the globe and got professional athletes playing and millions of people watching online.

While the basics of the game remain the same - one person chases an opponent in an attempt to touch them with their hand or "tag" them - the league has introduced some rules to make it more exciting.

The "Chase Off" format, the sports' most popular format, is played by two teams with two teams consisting of a maximum of five athletes.

It’s not just for professionals, but it can be played by anyone. "Chase Tag has become an exciting new entry point for kids to engage in fitness & sport by inspiring them to create their own Quad from whatever space and obstacles they can find around them," the sport's website states.