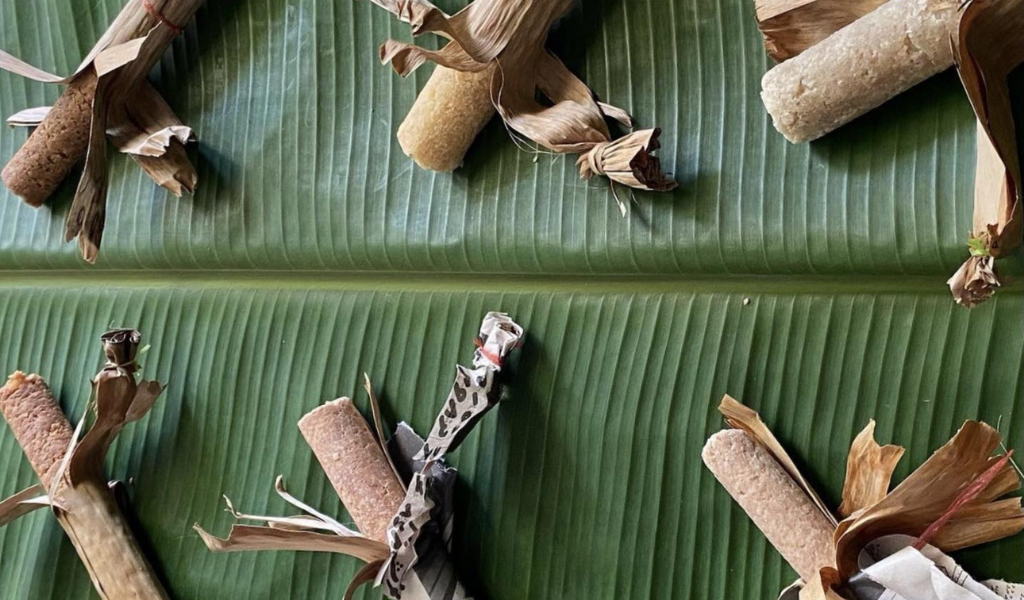 Cooked with Heart and Wrapped in Love, All the Way from Addu

As little children, the best news we received was always about ‘dhoni’ (traditional boats) coming from islands bringing ‘dabiya’s (tin containers) filled with island delicacies. These goodies are aromatic and flavor-packed, reminding us about the island lifestyle we rarely get to experience in the capital city of Male’.

If you explore a bit into the olden-days Maldivian lifestyle, you will find out that a major part of it revolved around cooking. In the southern-most atoll of Maldives, this was an even more significant way of staying true to local tastes when it was a part of the British Base. Here’s a compilation of must try Addu dishes that will surely gather enthusiastic foodies around the table for more.

This sweet treat is so famed nationally that it has made to the duty-free shops in Velana International Airport as a souvenir! It’s no wonder that Addu is often synonymous with Addu Bendi. Made from young coconut shavings mixed with a toddy-based sugar, fine skills are required to master the craft of making this dish to perfection. Over time, it has evolved to many different variants ranging from sweet to spicy.