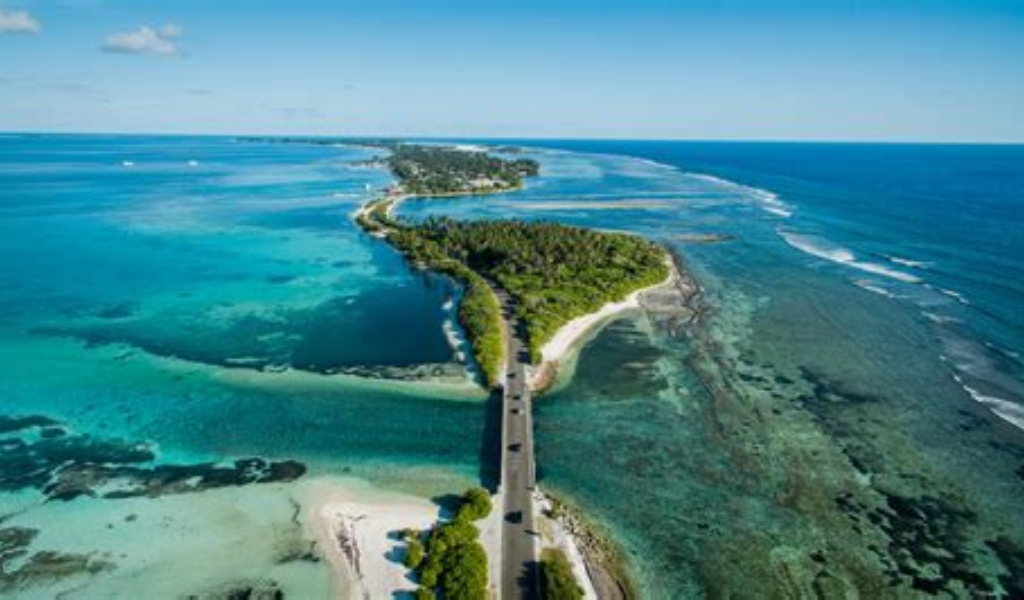 Fly Down to the Largest, Most Southern Island of the Maldives

Often the Maldives is preferred to be mainly discovered on the luxurious resorts. And we get it because the facilities, 5 star accommodation and unique restaurants can be irresistible. But while you’re having a luxurious getaway, you’re missing on the most amazing piece of Maldives: its rich culture. Only if there was a way to experience both luxury and culture. And you can, just have to travel to the most Southern island of the destination.

The journey to discover Maldives’ culture and its interesting history starts the moment you step out of your flight at Gan International Airport. This airport was originally built by the British as a staging post for its RAF during 1950s and was handed over to the Maldivian Government in 1976 with almost an equivalent of an ICAO code 4D airstrip comprising of then state of the art equipment and facilities.

The Addu Atoll lies just south of the equator and is the southernmost atoll in the Maldives archipelago with its Gan the most southern island at latitude 0˚ 42’S. Three other islands on the western side, Feydhoo, Maradhoo, and Hithadhoo are connected by a causeway creating a formidable barrier to the rising and falling tides. At the causeway, water levels vary as much as half a meter on either side during the change of tide.

The 7.2km stretch of land can be said to be the most significant island in Maldives’ history. The Gan Island comes up in the topic of Second World War and, later, the cold war. Discover how the country gained independence from the British and visit several historical sites during your stay. If you want to experience the luxury of a resort as well, Equator Village is just 5 minutes from Gan International Airport.

Watch this Tropical Island in Dhaalu Atoll Transform into a Glow Kingdom Previous news
Not A Marriott Bonvoy Member Yet? It’s Time to Change that & Book A Dash of Holiday Delight Next news