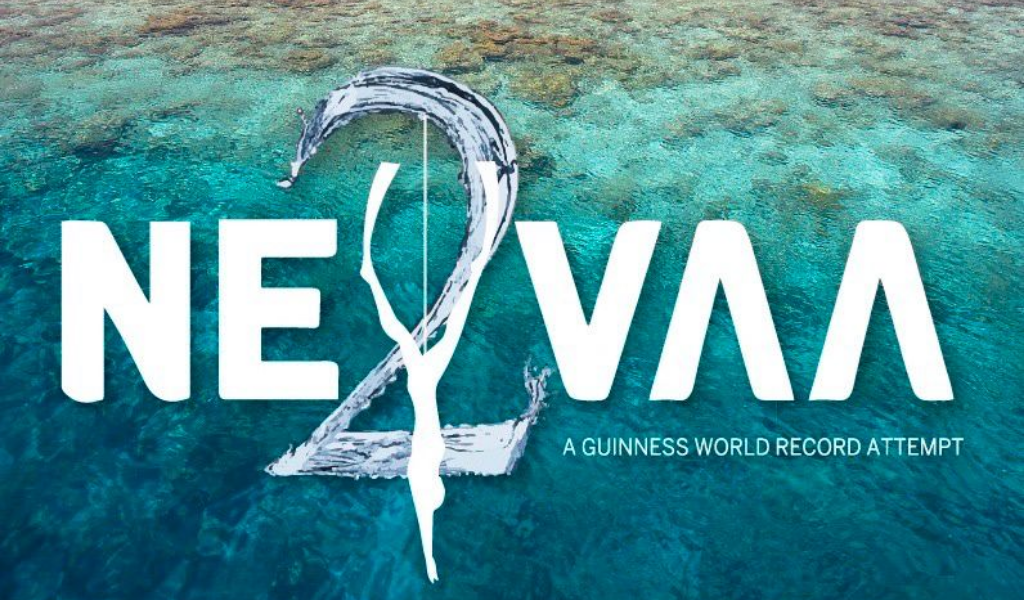 On October 1, 2019, the Maldives secured a spot in the Guinness World Records book for the most number of people freediving at the same time. The event held in line with the World Tourism Day celebrations deemed historical with 520 people, including the President of the Maldives, Ibrahim Mohamed Solih, and two-time world record holding freediver, William Trubridge, freediving into the blue and breaking the record.

This year again, Neyvaa is back for a second edition – and this time, the attempt is to make a Guinness World Record for most people performing static apnea simultaneously. Neyvaa 2 is scheduled to take place on September 27, 2022, as part of the grand celebrations for both World Tourism Day and 50 Golden Years of Tourism in the Maldives occassions. Divers will make the attempt in multiple locations across the archipelago at the given time.