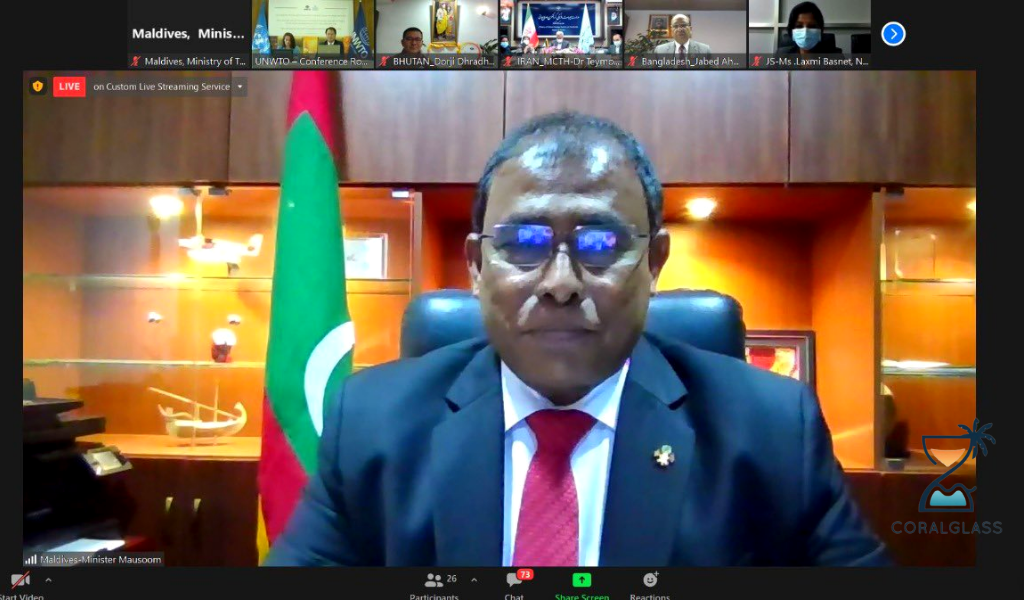 The 58th meeting of the United Nations World Tourism Organization Commission for South Asia was held on Monday with attendance from 25 members belonging to 7 nations in the South Asian region.

During the meeting which was chaired by Minister of Tourism of Maldives, Dr. Abdulla Mausoom, parties were elected for the statutory organs and subsidiary bodies of the commission. India landed the position of the Vice President of the assembly while Bhutan was elected for the credentials committee.

Additionally, India and Iran secured chairs at the Executive council for the South Asian region.

Elections were also held to select Chair for the Commission for South Asia which was voted in demand for the Maldives for a second term of 2 years from 2021 to 2023. Vice Chair was won by Bangladesh and Iran respectively.

The Second-Best Thing to Happen to Six Senses in The Maldives – A Brand New Address! Previous news
An Incredible Setting for An Unforgettable Culinary Experience This November! Next news