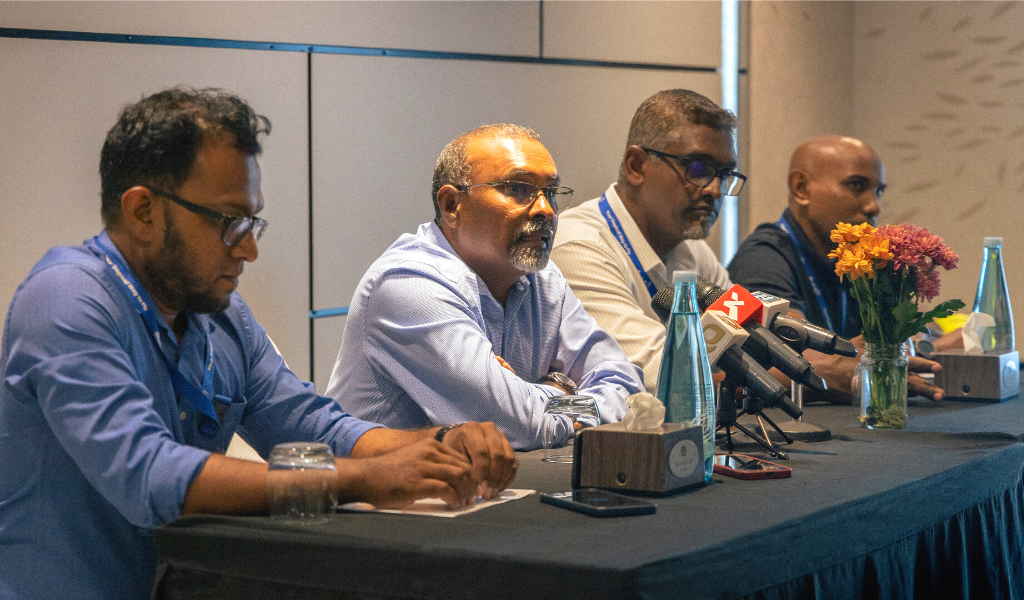 Manta Air held a press conference today to brief medias about the events that occurred yesterday involving the transport of a sick patient. At the beginning of the interview, officials from Manta stated that misinformation about yesterday’s events are being circulated by media outlets and persons, so the purpose of this interview is to layout the events as they happened.

The officials remarked that operations at Kudahuvadhoo were not informed about a sick person prior to their arrival. The standard procedure for transporting sick people is usually carried out by the hospital or Aasandha Company and they contact to arrange flights together. He even remarked that any family member of the patient had not officially contacted Manta Air. However, the staff at Manta had contacted the family later on and informed them about the stand-by sea plane at 6am

Manta officials further highlighted that barricading the terminal and preventing 12 guests including 4 children from leaving the airport sets a bad example for the whole industry and raises concerns about the safety of Maldives as a destination. He added that guests were stuck in the airport for 6 hours and were not allowed to leave the premises of the airport after multiple negotiations were attempted. He mentioned that no meals were given to the 12 guests during the scene and portrayed it as something close to a hijacking situation.

He also remarked that yesterday’s events have had severe adverse effects on operation due to delays in tourist transportation even today and with many high-class hotels contacting and raising complaints about the postponements. He further mentioned that the Tourism Ministry and the Home Ministry are also closely monitoring the situation and working with Manta to send guests to their allocated resorts. The experience will reflect badly on the Tourism Industry and the Airlines whereas, the actual situation was created due to a misconception regarding a patient.