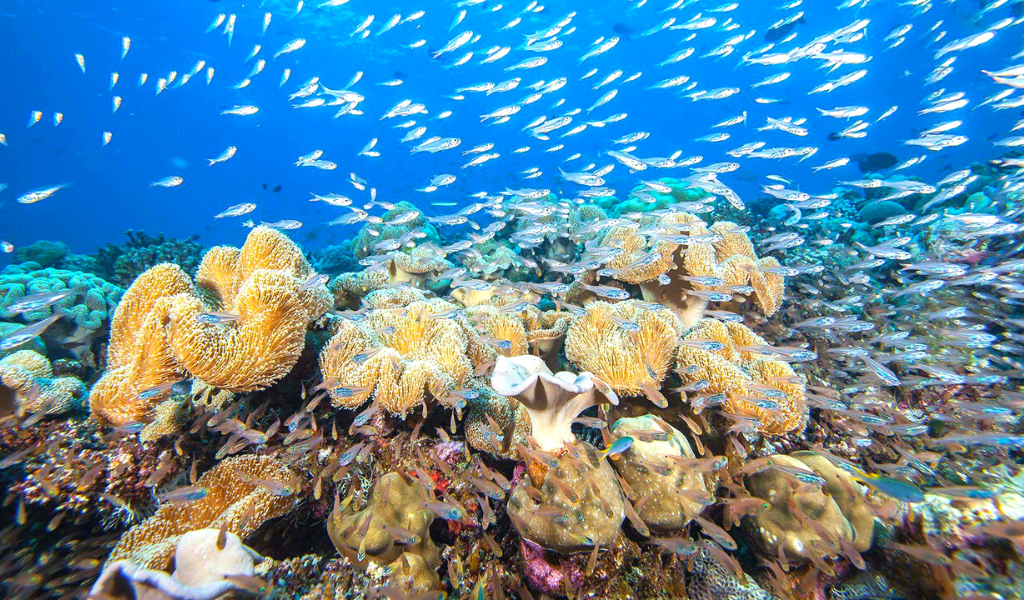 Maldives with its 99% waters provide travelers with the unforgettable experience of exploring the scenic underwater views. With popular dive spots around every corner, it is no wonder that many divers get the opportunity to swim alongside manta rays, dolphins and even sharks!

The local shark population in Maldives is very large with different types of species gracing our waters. One such hot dive spot for shark sightings is just off the Hurawalhi Maldives resort in Lhaviyani atoll called the Kahlifushifaru or KFFK. With frequent sightings of sharks seen in this area, marine biologists from Hurawalhi Marine Centre,Lois and Kat has decided to monitor the shark populations at home.

Over the past 12 months, the various shark sightings at KFFK were recorded and the data revealed a hopeful image, indicating the recovery of our reefs. The grey reef shark was seen 7371 times during 174 dives making it an average of 42 sharks per dive. The magnificent silvertip sharks were sighted a total of 2408 times and 14 of those can be seen on a typical dive. Lastly, 2914 spotted eagle rays were sighted as well making it an approximate 17 sharks per dive. The marine biologists remarked that such a massive number of sharks seen in one dive spot is exciting and means good news for the reefs.

With numbers this high, KFFK is the perfect spot to conduct a shark research and the team wishes to use “Eyes On The Reef” (EOTR) systems to further study shark behavior and habitat use. The EOTR is capable of remaining underwater for 7-days and can take up to thousands photos making it more ideal than a typical one-hour dive. These systems will also provide valuable answers to questions regarding how many species are sighted in the area, how many of each kind, at what times of day are they sighted and at which months are they seen. Moreover, the scientific data collected in this manner can be shared with relevant parties paving way for better measures to protect such lively areas.

Apart from the KFFK site studies, the team is also going to study the juvenile blacktip reef shark populations which are commonly seen in the shallow water surrounding the resort. The marine biologists believe that the sharks are using the waters as a nursery to be safe and grow, before swimming out to the deep reefs.

Drones will be used to collect data on these species by flying over shallow and reef areas around the resort. In this way, important data about how the areas are used and the numbers can be gained without disturbing the species in their habitat. Through this approach, the team wishes to mark key spots particularly prominent for growth and development around the resort and take preventive measures to preserve those areas.