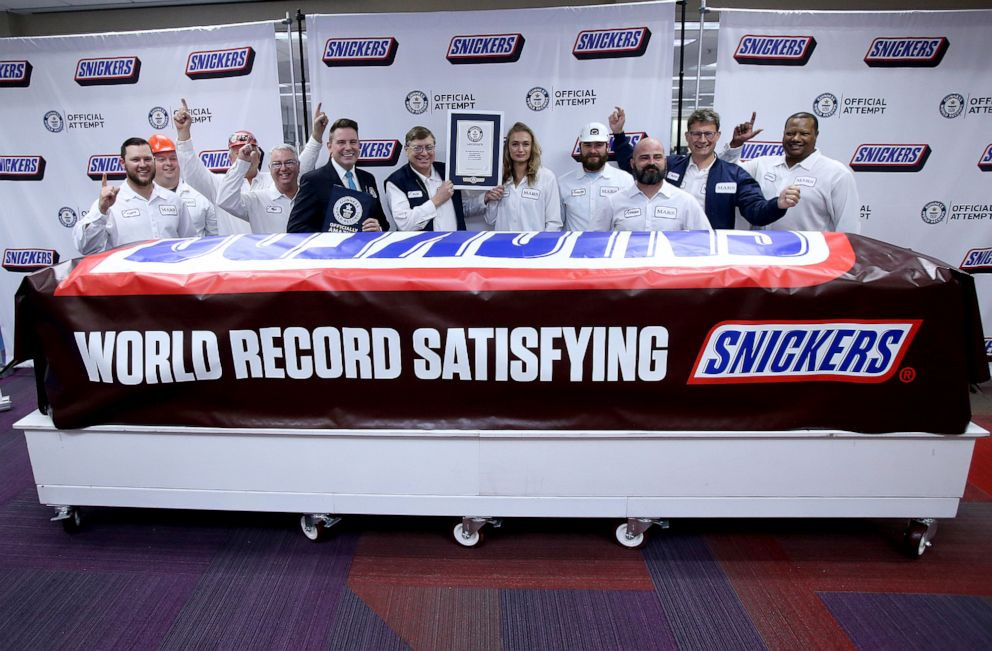 The massive Snickers bar was made with over 1,300 pounds of caramel, peanuts and nougat combined, and nearly 3,500 pounds of chocolate.

It weighed in at 4,728 pounds, which is the size of 43,000 regular-sized bars combined! ‘We’ve created the most satisfying Snickers bar ever with the help pf Guinness World Record,’ tweeted Snickers.

The brand's employees around the country will all get a taste of the giant Snickers, and once it's completely consumed, the Snickers bar will "officially be recognized and recorded by Guinness World Records as the largest chocolate nut bar."

"We're not only celebrating the 90th anniversary of the brand, but the Super Bowl will also mark ten years since the iconic 'Game' spot launched the award-winning 'You're Not You When You're Hungry' campaign,” stated the brand director.