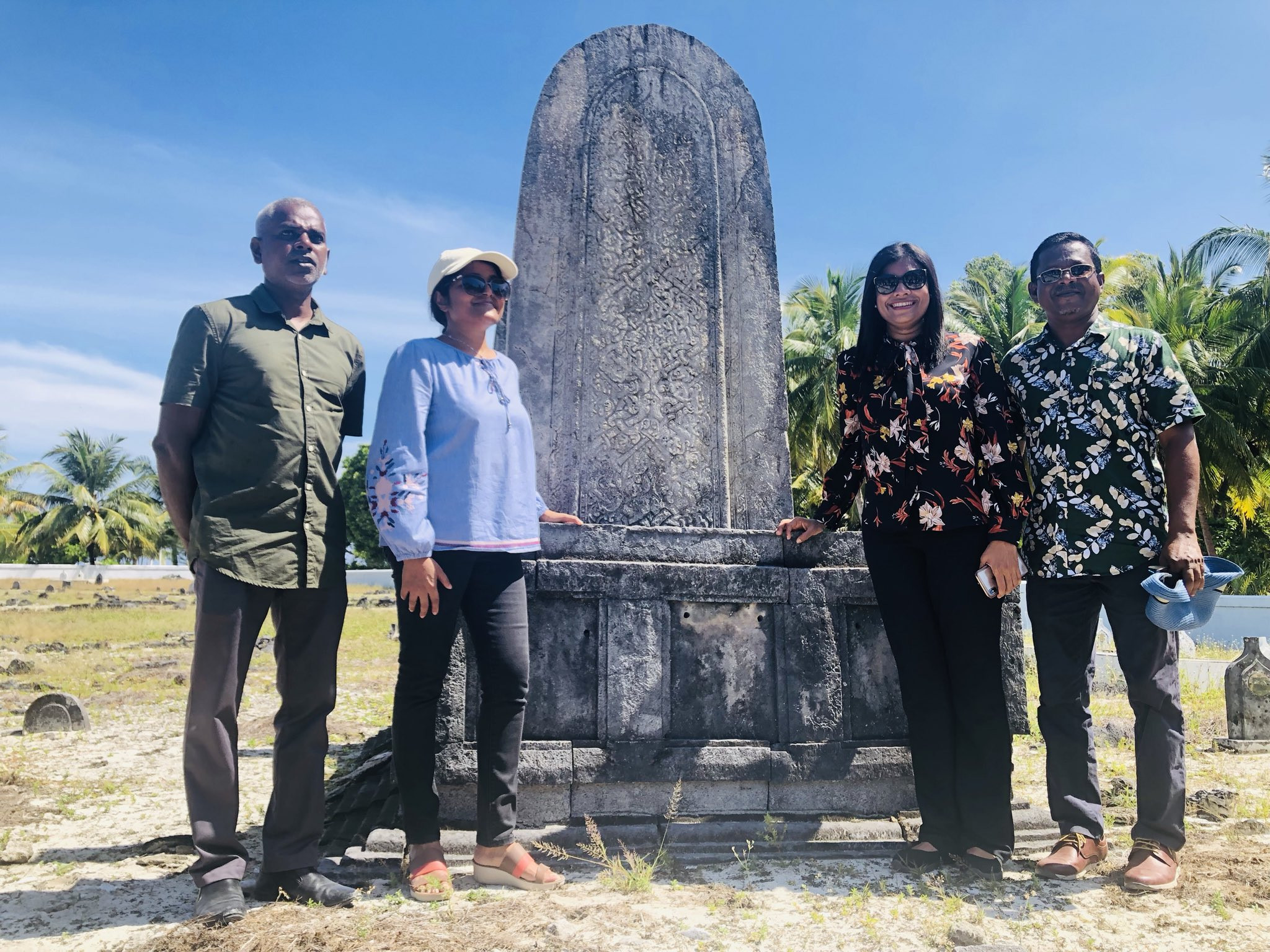 Minister of Arts, Culture and Heritage Yumna Maumoon and Ministry’s team made an official visit to Addu City, to look into the ancient structures and history. The Ministry met the city’s council to discuss what can be done in Addu in the field of arts and culture.

‘Addu City has a unique language, long history and rich culture. National heritage should be protected and more focus should be put on cultural tourism.’

Addu City is the home to the most significant ancient ruins and heritage in the country including the Astra Cinema and buildings of the Worlds War 2.