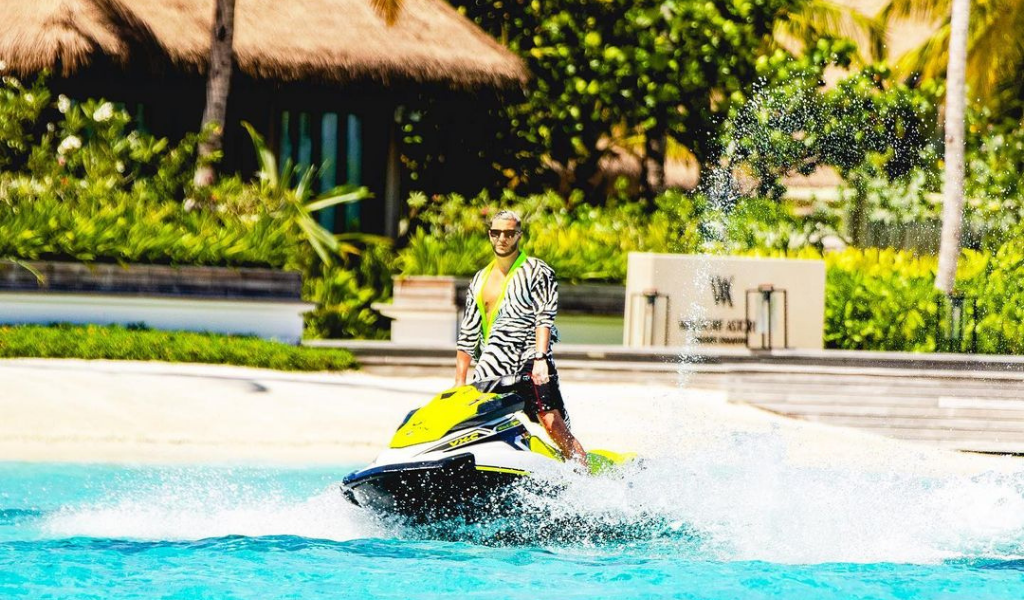 Know who is “Taki, Taki, Rumba”-ing in the Maldives?

The whole world “Turned down” for DJ Snake as he made his debut in 2013 with the song and immediately became a hit. The song and its viral video earned him recognition in the States that quickly escalated into a full-blown career as a Dj starring alongside renowned artists and music producers. Throughout his career, he has collaborated on and produced chart-crashing hits that are streamed on a regular basis even today.

And as of late, DJ Snake is in the House! He is currently catching some waves and having the best of what Waldorf Astoria Maldives Ithaafushi has to offer. Sharing a snap of his time jet-skiing around the blue lagoon on the island, and also sharing stories on his Instagram, DJ Snake is making us want to “Lean On” towards a vacay ourselves too.

According to his stories, this French musician is slumbering in the vast expanse of an overwater villa, surrounded by nothing but emerald lagoons fusing into the blue skies in the horizon. Outdoor living is redefined over the water at Waldorf Astoria Maldives Ithaafushi, the epitome of a luxe vacation in one of the world’s most exclusive destinations.