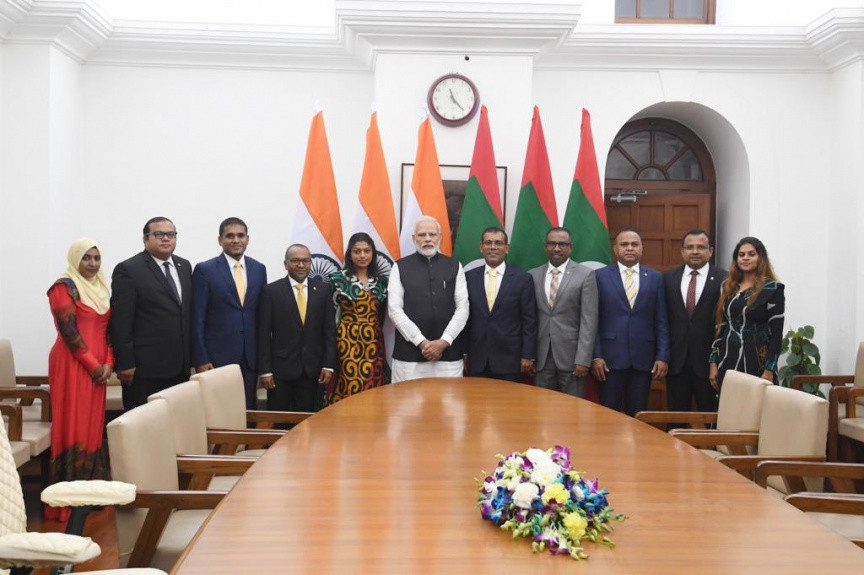 Yesterday, Speaker Mohamed Nasheed and rest of the parliament delegates had a meeting with Prime Minister Narendra Modi. Nasheed tweeted that they discussed a number of regional and global issues of mutual interest during their meeting; including climate change, Paris Agreement targets, renewable energy, single-use plastics, coral reef protection and natural climate solutions.

Nasheed also signed a Memorandum of Understanding between the lower house of the Indian Parliament and the Maldivian Parliament. According to India media reports, he is said to have told Indian Vice President Venkaiah Naidu that the Maldives was keen on renegotiating the terms of its debt to China.