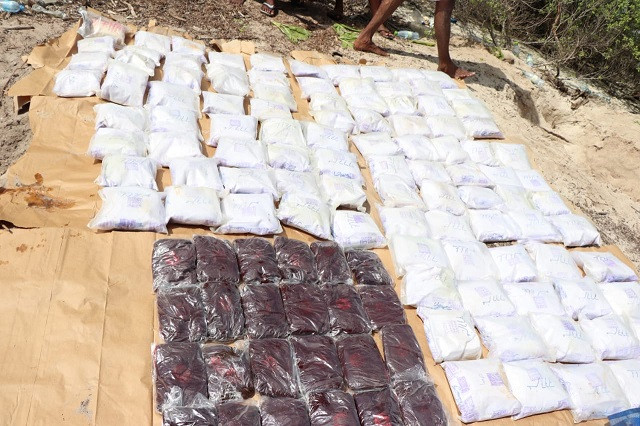 Over 80 Drug Cases in a Month

Over 80 Drug Cases in a Month

Drug cases are becoming a grave concern in Maldives. With several cases only in December, the number of drug-related issues that came up this year is more than you can ever imagine.

In March 2019, the police drug enforcement department raided a house in Malé and arrested 20 suspects with 38 rubber packets with illicit narcotics .In November, Maldives Customs Service seized MVR 5.6 million worth drugs from two men who arrived in the country from Brazil. This month, Police arrested a taxi driver and 28-year-old man after a stash of suspected drugs was found inside the taxi. And this is just a few examples.

One of the drug routes of Maldives is India. In Kerala State of India, an Idukki (district in Kerala) centered drug cartel regularly moved hashish from marijuana growing regions in Paderu in Andhra Pradesh to Kerala and from there via cargo boats and air freight to the Maldives for huge profits. Some other drug routes include Sri Lanka, Bangladesh, Thailand, Iran, Malaysia, UAE, Qatar, United Kingdom, Belgium, Spain, Netherlands and Germany.