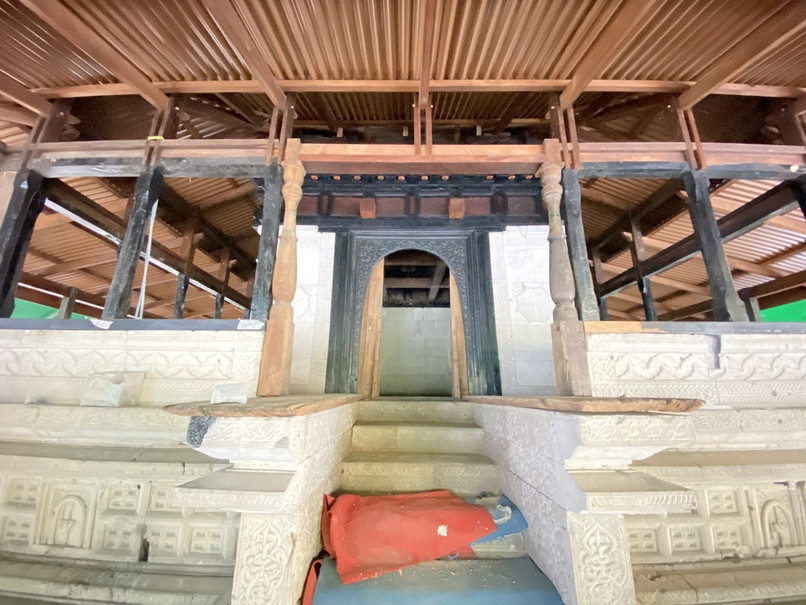 Return of The Travelling Mosque in Maldives

Return of The Travelling Mosque in Maldives

Kalhu Vakaru Mosque, the historical site dating back to 1789 has neared completion and will be inaugurated soon.

Named as the ‘Travelling Mosque’, this ancient mosque was moved to numerous locations by the rulers, making it seem more of a puzzle than a building.

Initially located near the National Stadium, it was auctioned off to a resort owner during the regime of Maldives' second president, Ibrahim Nasir. The auction's winner had had the mosque shifted safely to his resort. The mosque was brought back to the country by former President Maumoon Abdul Gayoom.

It was then placed in Sultan Park until in 2016, former President Yaameen Abdul Gayyoom dismantled it to build Rasrani Bageecha.

After this, it was announced that it will be reinstalled on Gaafu Dhaalu Atoll Thinadhoo island’s demolished Friday Mosque premises. However, years passed and there was no news about the installation of the mosque.

The day has arrived that Maldivians will be able to see the priceless structure from their history. With almost no change brought to its ancient structure, the architectural masterpiece is located in Chaandhanee Magu, where Dhiraagu Head Office was previously located.

“The Ministry always works to protect heritage sites in the country and increase awareness of the importance of doing so in the public,” states Minister of State Mohamed Thoriq.