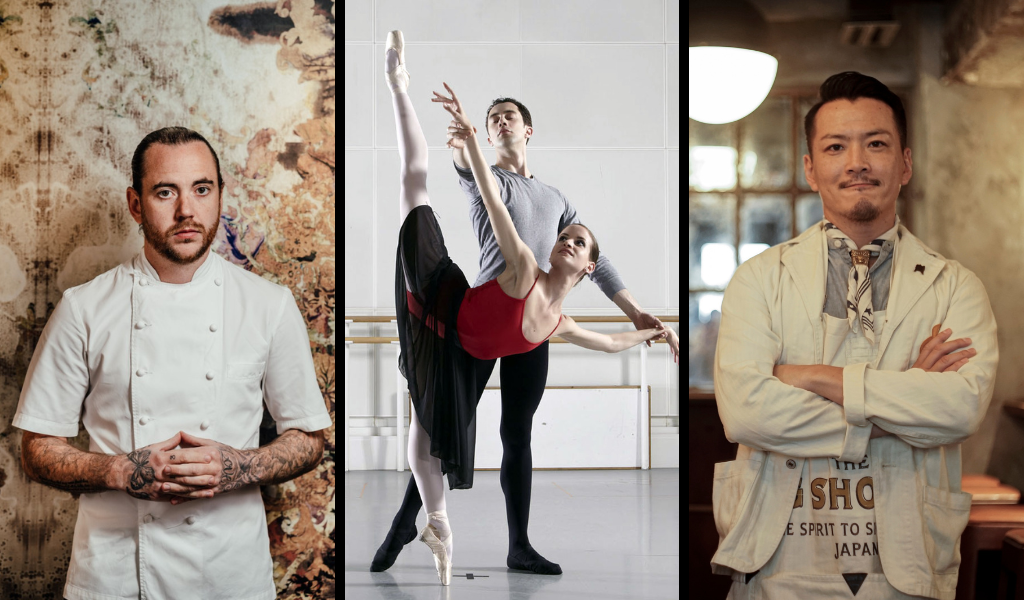 The Ritz-Carlton Maldives, Fari Islands Unveils A Star-Studded Lineup Of Unique Experiences for 2023

The luxurious property of The Ritz-Carlton Maldives, Fari Islands has unveiled a stunning star-studded calendar of deeply memorable events, taking guests on a meaningful journey throughout 2023. The exclusive line-up of guest experiences brings out the best of the best by paving way for personalized encounters with artisanal virtuosos, Michelin-starred Chefs and award-winning bartenders from around the world. Be it in the form of carefully crafted gastronomical adventures or Behind the Bar experiences, The Ritz-Carlton Maldives is here to make vacations extra special with extraordinary touches.

Starting of the impressive calendar is Artist Partner, Louis-Nicolas Darbon who would be taking residence at the resort from January 27th -31st as part of a special guest appearance. The London-based French artist and famed jet setter draw inspiration from visual stimulation that he attains while exploring new and familiar locales.

At the resort, he will put his artistic visuals to life by painting the iconic Kerry Hill villas in his signature style, showcasing vibrancy and liberation. Moreover, Darbon will also be unveiling one of his pieces, depicting the unique architecture and design of the Ritz-Carlton Maldives, Fari Islands.

Exploring the depths of arts & design further, The Ritz-Carlton Maldives will also be welcoming Leticia Stock-First Artist of The Royal Ballet in London during the week. Dancing from the age of three, Stock has appeared in several classics such as The Nutcracker, The Sleeping Beauty, Swan Lake and Giselle. She was most recently featured on Ed Sheeran’s live Tik Tok performance which reached over 5.5 million unique viewers. On the property, she will be performing an exclusive recital for guests at sunrise in the charming Mystique Garden and at sunset in EAU Bar during the resort’s Defining Moment.

In February from the 14th – 18th Chef Patron Tom Sellers of London’s 2 Michelin-starred Restaurant Story will be curating an exquisite pop-up at Beach Shack, serving guests an extravagant 6-course literary-inspired menu. During his time, he will also be sharing an evening with the guests, reading from his first book ‘A Kind of Love Story’. The book captures the behind-the-scenes story of life in a world-class Michelin-starred restaurant and allows guests to glimpse the truth behind his brilliant creations and the visionary mind of one of the original chefs of the 21st century.

Chef Seller perfected his culinary talents alongside gastronomical mavens including Tom Aikens, Thomas Keller, Rene Redzepi and more. His restaurant Story delivers a changing seasonal tasting menu and is celebrated for incorporating character, playfulness and ingredient-led philosophy into food as he combines fine dining with forward-thinking and casual restaurant culture. His culinary creations are known to break convention and reflect his personal journey through food concepts, which has won him enormous critical and public acclaim.

From March 14-15, Shingo Gokan from Japan of the SG Group will initiate the second edition of the resort’s trailblazing Behind The Bar series. The series is a first in the Maldives and links guests to some of the most popular bars and bartenders in the world. Shingo Gokan was named International Bartender of The Year by Tales of the Cocktail, Bartender’s Bartender and Industry Icon by Asia’s 50 Best Bars. He operates more than 10 cocktails bars and restaurants across East Asia, each home to its own distinct concept.

The SG Group is another key player in the international bartending industry and has 42 cumulative awards to its name, the most accolades won by a single bar group in World’s/Asia’s Best Bars. The award-winning group will be hosting a designated food and cocktail menu at The Ritz-Carlton Maldives, Fari Islands, giving guests a sip of its esteemed bars including Speak Low, Sober Company, The Odd Couple, the SG Club, The Bellwood, swrl, El Lequio, Ash and SG Low. Delight in the world’s finest by presiding over a spectacular sunset.

In May, Behind the Bar lineup will rope in Vijay Mudaliar of Singapore with Native and Analogue whereas June brings Malaysia’s Jungle Bird (#35 in Asia’s Best Bars) into the picture. In October, Masque of India (#21 in Asia’s 50 Best Restaurants) will thrill guests while in November the Alquimico of Colombia (#10 in World’s 50 Best Bars) makes the cut.

Other show-stopping experiences guests can expect to include the arrival of revered author and crystal whisperer, Emma Knowles from the UK who will host a retreat under the glowing Maldivian full moon in June, in July, Cairo-born, Montreal-based musician/ producer, Ash – a multi-instrumentalist with over 600 million streams on digital platforms will enthrall guests with a live performance of western and middle eastern-influenced beats. Closing the year will be living culinary legend and multi-Michelin starred Chef, Paco Perez who will grace the shores with his signature modern Mediterranean flavours of the Catalan coast.

With the year packed with these rare encounters, The Ritz-Carlton Maldives, Fari Island is ready to entertain guests with deeply meaningful experiences.