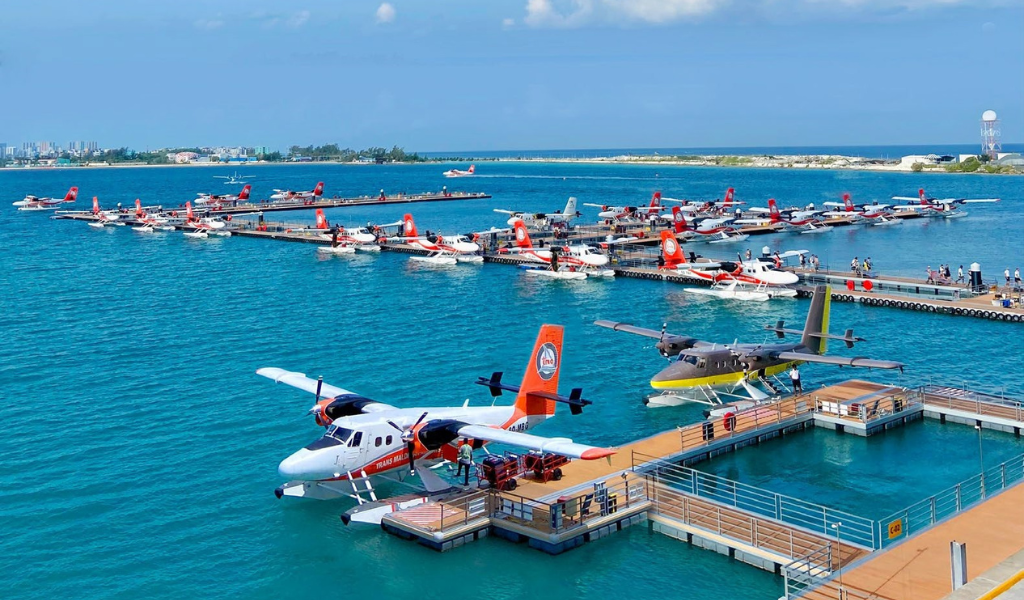 Yesterday, Trans Maldivian Airways (TMA) welcomed the 60th seaplane to its fleet, celebrating a milestone for the company. The De Havilland DHC-6 Twin Otter made its debut in the waters during the evening hours of 16th November 2022 after completing its maiden voyage from Canada.

With projected passenger numbers inching closer to a million, TMA is gearing up for the bustling end-of-the-year peak season. As such, the timely arrival of the twin otter would help the airline maintain and elevate service standards further, fostering trust and confidence from passengers as their transport provider in the Maldives. Moreover, 2023 is an exciting year for the tourism industry with many new properties opening their doors, hence with this fleet expansion, TMA can remain steadfast in evolving and growing along with its partners and the industry.

Deemed the Gateway to the Maldives, the seaplane operations recently shifted to the newly-established Noovilu Seaplane Terminal in VIA. This change has allowed TMA to expand its fleet, as the new terminal can accommodate twice as many seaplanes as TMA’s old seaplane base.

This year has been noteworthy to TMA in multiple ways with the airline becoming the recipient of several honoured accolades. This includes bagging the ‘Leading Tourist Transport Provide (Air)’ at the South Asian Travel Awards and winning the title of ‘Seaplane Company- Regional Winner’ at the World Luxury Awards 2022. Furthermore, the airline also defended its title as ‘Indian Ocean’s Leading Seaplane Operator’ for the 9th consecutive time at the World Travel Awards 2022 and won the coveted title of ‘World’s Leading Seaplane Operator’ for the 8th time in a row at the awards as well.

In addition to this, in honour of the invaluable services rendered by the company in the past 50 years, TMA also received the ‘President’s Tourism Gold Award’ at the Gala held to commemorate the Golden Year of Tourism in the Maldives. Likewise, TMA’s CEO Mr. A.U.M Fawzy was presented with the Appreciation Award by the Ministry of Tourism for his contributions to the Maldives’ tourism industry.

Incepted in 1993, TMA provides point-to-point connectivity across the country from Velana International Airport. As of now, the airline flies to more than 80 resorts in the Maldives located in 14 various atolls. The company which had begun its services with only 2 aircraft has now grown exponentially to become the World’s Largest Seaplane Operator in the span of almost 30 years.