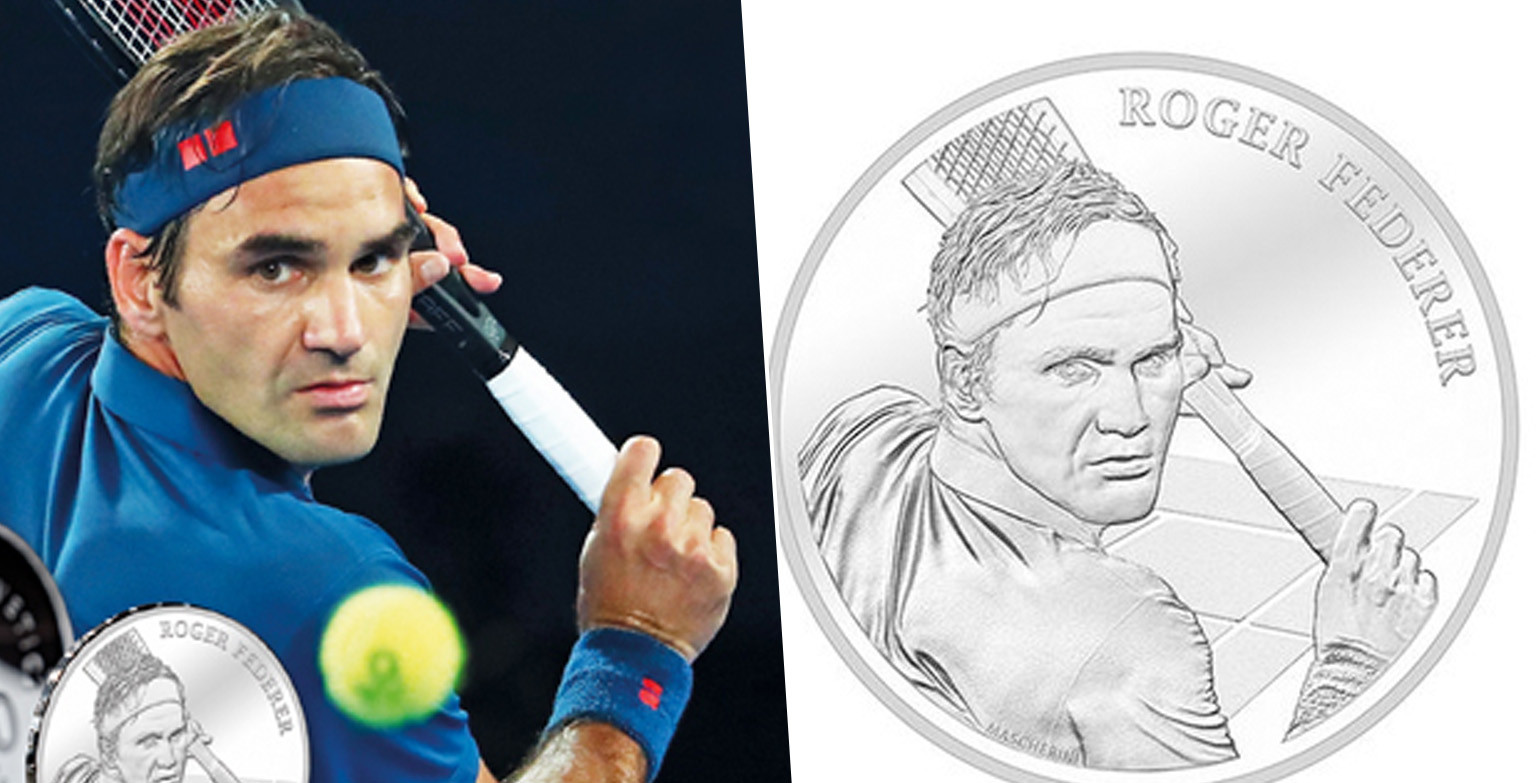 Roger Federer is a Swiss tennis player who conquered the sport in the early 21st century with his extraordinary all-around game. He made it to tennis history with 20 career men’s singles Grand Slam championships. He has also spent a record 310 weeks at No. 1 in the Association of Tennis Professional (ATP) Rankings, becoming a hero in Switzerland.

In January, The Federal Mint, Swissmint, will release a 20 Swiss francs silver coin in honor of the tennis champion. Swissmint confirmed that 55,000 of the coins, featuring Federer delivering a backhand, will be produced and will be available for pre-order from Tuesday until December 19. In May, the mint plans to add SFr50 gold coin as well. Now, Federer fans will be able to have their idol with them at all times.