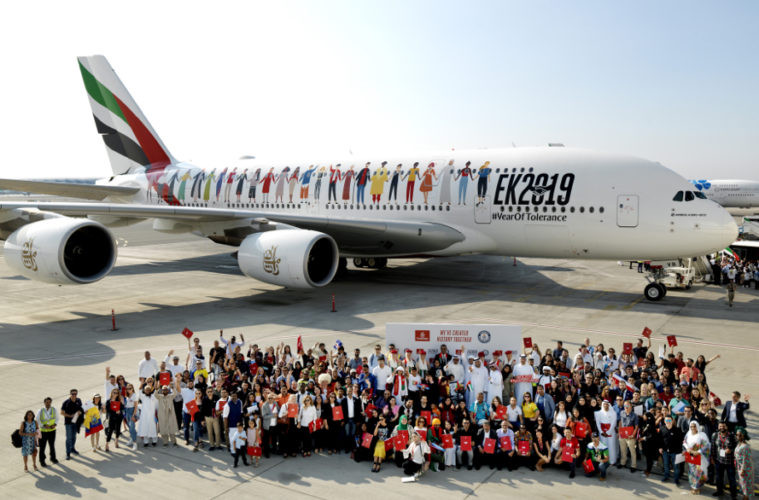 How Emirates Made History with New Flight

How Emirates Made History with New Flight

On 27th November, the airline giants rolled out its A380 ‘Year of Tolerance’ flight. 2 days later, the special flight took off from Dubai with a total of 145 nationalities onboard. It lasted only 90 minutes but contained the most nationalities ever recorded in an aircraft.

There were over 500 passengers, who were greeted with a dedicated check-in counter, given a special celebratory boarding pass stamped with the EK2019 #yearoftolerance graphic and was invited to write down their name along with their nationality to add to a board celebrating the flight. As passengers disembarked, they were handed certificates of participation for taking part in this historic activity.