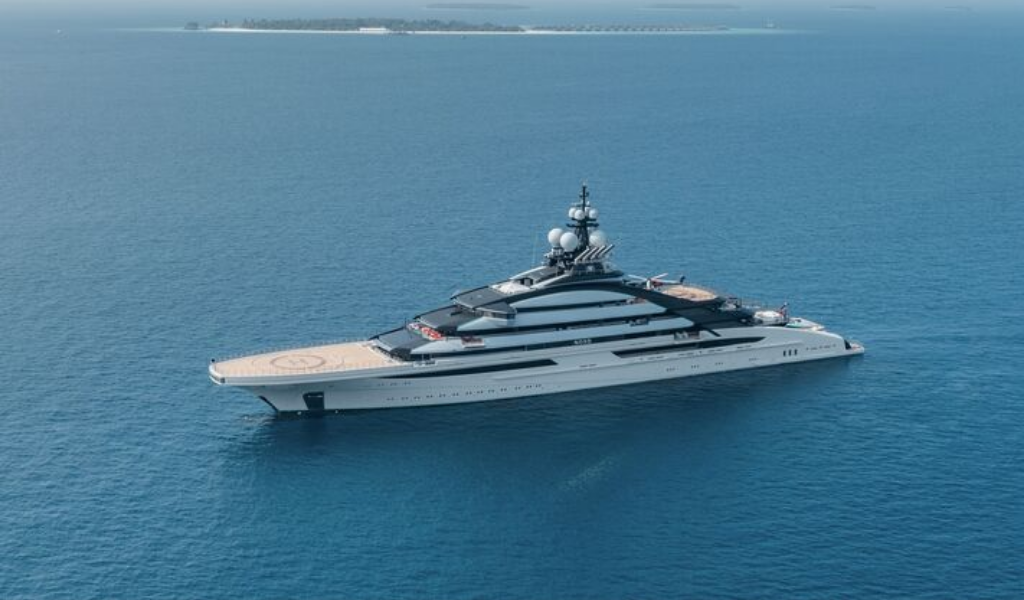 Delivered in 2021, the 142-meter superyacht was last spotted anchored in the Maldives. It is one of the largest superyachts in the fleet at 10,154 GT. She was built at the German shipyard Lürssen in Bremen with Moran Yacht & Ship, which oversaw her build.

She was designed inside and out by the Italian studio Nuvolari Lenard, and it was formerly known as Project Opus. She is a warship style that encompasses six decks made from steel, and aluminum to PYC standards, which can accommodate up to 36 guests across 20 cabins.

On the bridge deck level, a large helicopter landing equipped with fold-down side platforms which can provide shelter and storage for Nord’s helicopter in its rectangular hanger that slides into the superstructure when not in use. The main deck has an oversized swimming pool, and the lower deck has a large sports and diving centre. The fleet of custom tenders are just some of the other features which are equipped for this grand vessel.

Journalists from Japan Invited to the Maldives by MMPRC. Previous news
Maldives to be Featured on BBC Global News! Next news