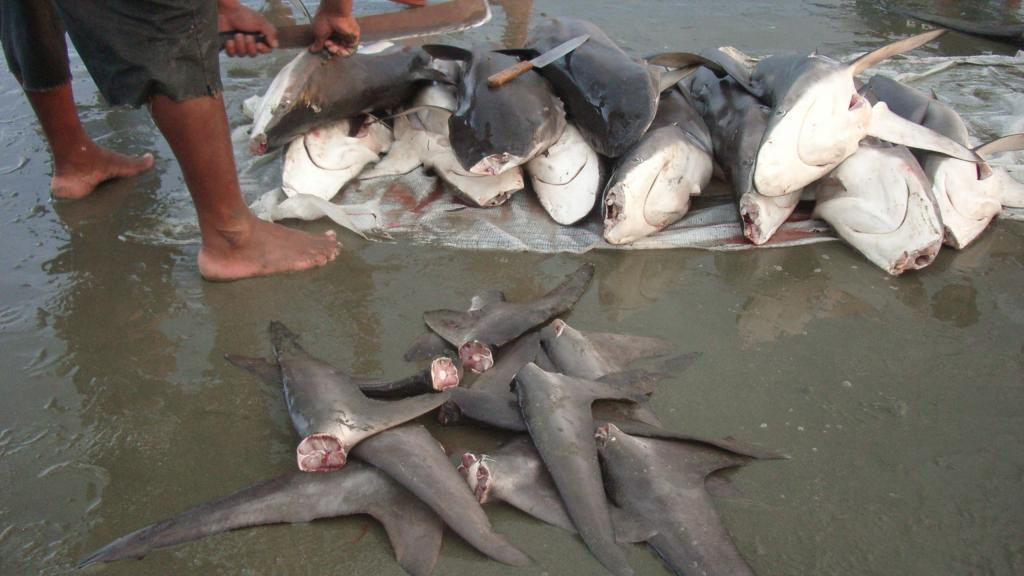 Sharks Aren’t the Killers, We Are

Sharks Aren’t the Killers, We Are

Sharks aren't the mindless killers that we've made them out to be- National Geographic.

Mainly due to releases of shark movies like Jaws in 1975, the public eye views the mammals, especially great white sharks as our enemy, our killer. In fact the truth is, humans are not even on their menu.

A fear of sharks, or galeophobia, is not unreasonable, says marine biologist Blake Chapman. They can look scary with several rows of up to 300 dagger-like teeth that can easily shred through prey. But it’s important that we fight this fear.

You see shark attacks on headlines in bold. Look at the other side of the story and you would’ve missed that 100 million sharks are killed by humans every year. And meanwhile, you're more likely to be crushed to death under a falling vending machine in your office, or a cow that collapses on you in a field than you are to die in the jaws of a shark.

On 2nd January, a juvenile female shark was trapped in a gill net cast by fishermen off Auckland's Orewa beach to ‘take it home to feed everyone.’ Hunting, killing or harming white sharks is punishable with a fine of up to 250,000 New Zealand dollars and six months in prison.