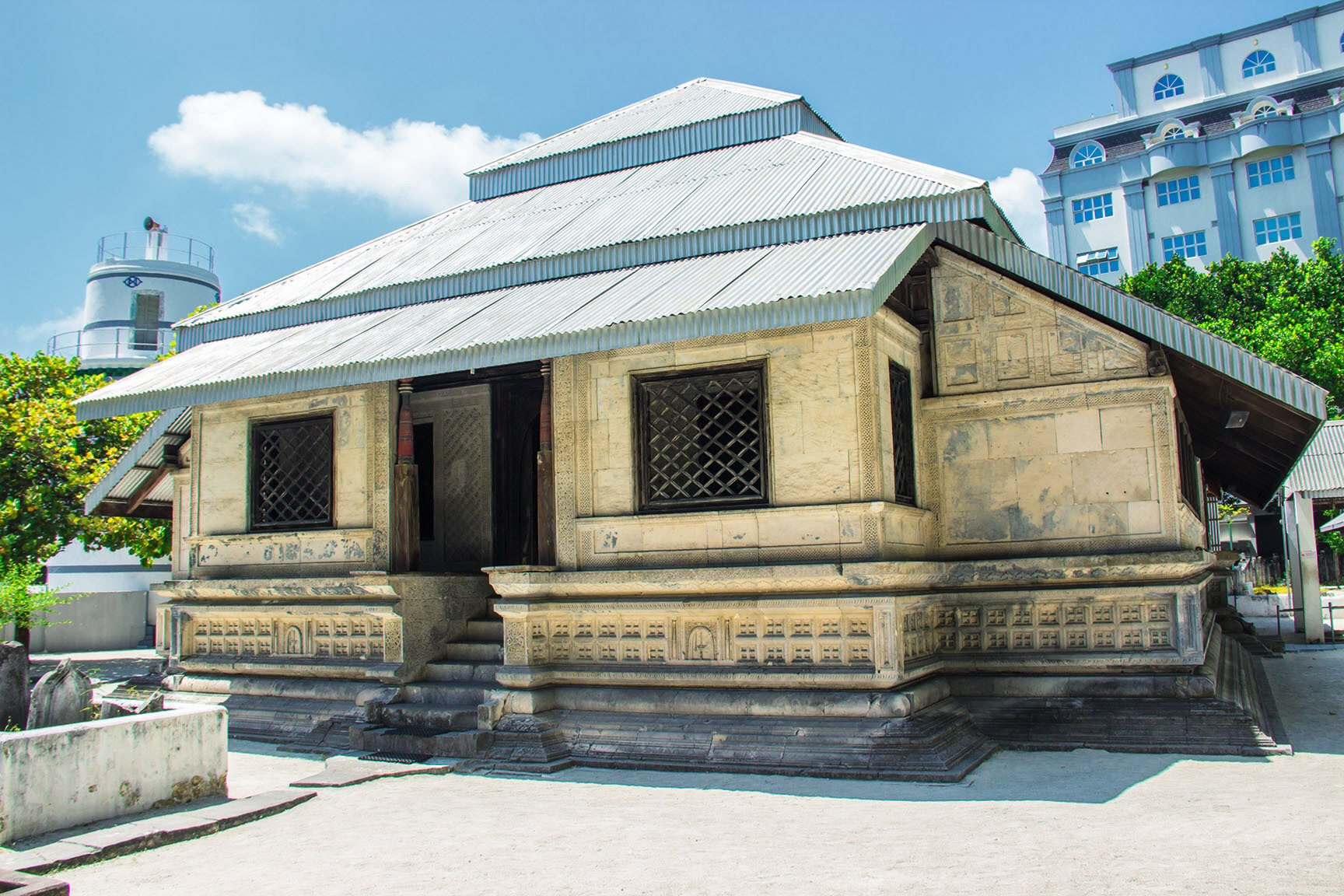 The Malé Old Friday mosque, built in 1658 during the reign of Sultan Ibrahim Iskandhar I, is the biggest and one of the finest coral stone buildings in the world. The coral stone work within the cemetery of the Mosque comprises the finest collection in the country.

The mosque compound consists of the mosque building, a large minaret, three coral stone wells, a sundial and a cemetery surrounded by a boundary wall, which makes it the most important heritage site in the country. The large unique drum-like minaret is made from plastered coral stone and tied with metal bands. It is painted in white with decorative calligraphy and metal bands.

In 1153, the original mosque was built by the first Muslim sultan of Maldives, Sultan Mohamed Bin Abdullah. This was renovated by by Sultan Ahmed Shihabuddin and in 1658, constructed by Sultan Ibrahim Iskandar I in 2 years. The master carpenters were Ali Maavadikaleyge’ and Mahmud Maavadikaleyge’ from Kondey, Gaafu Alifu Atoll and the principle calligrapher was Chief Justice Al Faqih Al Qazi Jamaludeen.

The cemetery of the Hukuru Miskih has many coral stone mausoleums and grave markers of past sultans, princes and other dignitaries of the country; the mausoleum of Sultan Ibrahim Iskandhar I is located here. The mosque building has a hypostyle layout with the two prayer halls, six fenda or antechambers and two chambers for the sultan and his guards.